I don’t have Internet now and I’m tethered to my phone, so I can’t play with databases and Docker like I wanted to today. So instead, let’s talk about a little project I made to demonstrate that you don’t always need your favourite programming language to deliver something useful.

nc, or netcat, is a program that will connect to a network socket and cat (just like cat) the result. It’s on basically any Linux or BSD (including Mac) operating system. Let’s try it.

You get… nothing. The prompt sits there waiting for you. You see, you’ve connected over port 80, which is HTTP. In order to get a response, you must first make a HTTP request.

Then hit Return twice. That signals the end of the request. You should get back something like this:

By the by, if you don’t have nc on your computer, don’t worry. It’s available on Busybox. Just type this instead:

Right. Back to the response. The first line’s status code, 302, is in the 3xx range, which tells us that’s a redirect. You can follow it if you like—just enter the “resource” (as it’s known in the specification) given in the Location header. The resource is everything after the host (and port, if it’s there)—in my case it’s /?gfe_rd=cr&ei=RRbWVqaPC4rCaJeckLAF. If you like, you can issue a request to that by typing the following:

(If the connection is still open, type it there. If not, start a new one. Either way, don’t forget to hit Return twice.)

That gave me another redirect… Google bounces you around for a while.

However, just like cat, nc doesn’t just go in one direction. It can also listen on sockets. To prove it, let’s start a server by using nc to listen on port 3000:

Now open up another terminal and connect to it with a client:

You should have two terminals waiting for input. The client is waiting for the server, and the server is waiting for you. So give it it something. Type anything you like in that terminal, and hit Ctrl+D when you’re done to send the end-of-file character. (You may need to start a new line by typing Return first.)

See what happened? Your input got sent straight to the client. 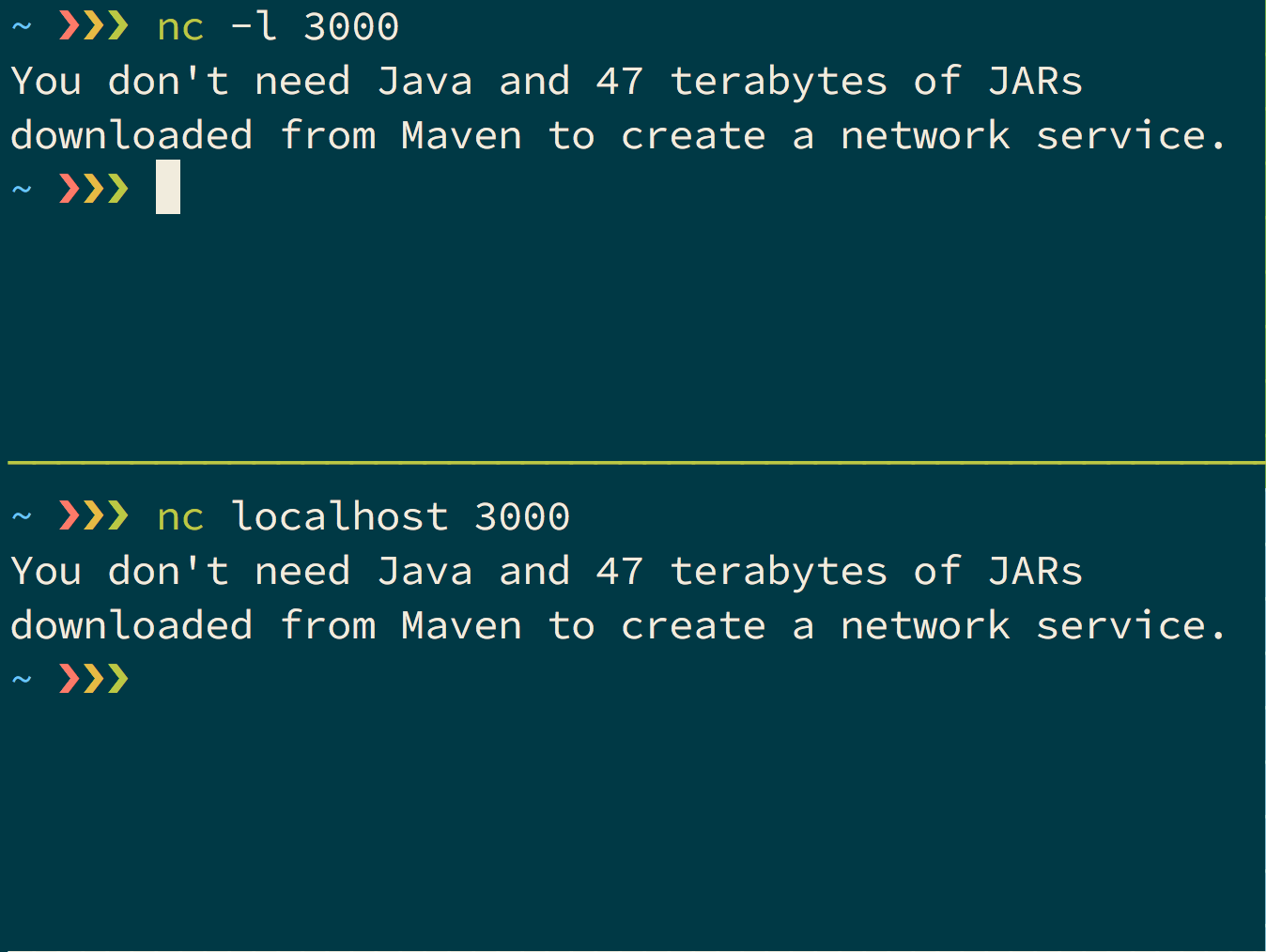 We can short-circuit the typing by simply piping something in. In one shell, type this:

This time it’s instant. We can use this to make a rudimentary web server. All you really need is the HTTP response header, which should look like this for an OK response:

So let’s make it happen:

This is a web server, so we can use curl to talk to it: 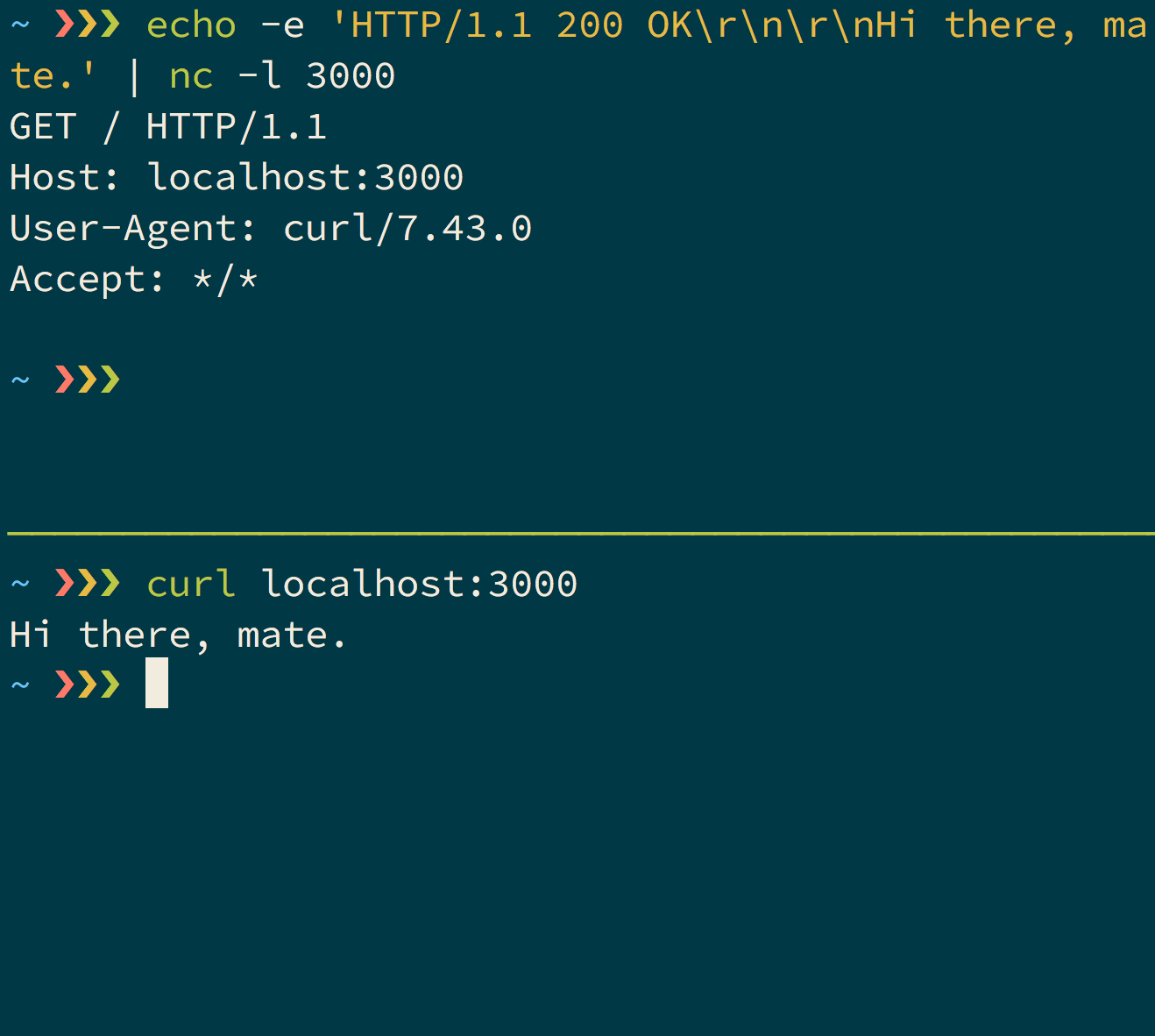 Magic. The only problem is that the “web server” exists after a single request. We can solve this by restarting it again in a loop:

Stick that in a file and we’re done. All we need to do is make it into a Docker image so we can ship it anywhere and make it indistinguishable from another web service that uses the latest enterprise framework. (Well, apart from the image size.)

So here’s the Dockerfile for the simplest web service:

Easy, right? Just build it and spin it up. And, in case you lose this, remember I made one for you and stuck it on GitHub. You can even run it.