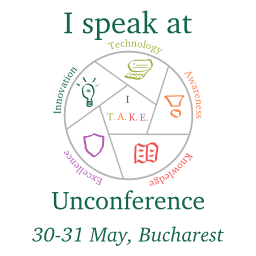 In less than a week, I’m giving my first ever professional talk at the I.T.A.K.E. Unconference in Romania. The topic: the four elements of simple design, and how functional programming is absolutely necessary to achieve them.

You see, I don’t like giving talks. I like showing people code and letting them experiment by themselves. Usually I learn way more this way round, and what’s the point of teaching if you can’t learn from it?

Unfortunately, you can’t do that at a conference where you’ve been asked to speak. Doesn’t sit well with the attendees, who have paid good monies to learn from you. (By the way, that fact right there is why I’m terrified.) So I’ll be coding live, taking imperative and object-oriented code and showing how a touch of functional really makes your code much better.

There was just one problem.

It turns out, much to my surprise, that there isn’t a decent way to find code that is quite good but broken in just the way you’d like. This is unfortunate, but I understand why: indexing GitHub by terms such as “kind-of-imperative and a bit Java as it was written in 2008” is tricky. Even Google would struggle with that one, I think.

So I wrote my own: Quacker. It’s a Twitter clone that’s kind of crappy (mostly intentionally) and very much a toy for me to mess around with BDD, dependency injection, object-oriented style, functional programming and lots more. Right now, there’s no functional code on there (it’s on a secret branch hidden from your prying eyes) but after the conference, I’ll merge it in and the current, imperative state of the code will become a tag, confined to history, immortal but forgotten. (I hope. It’s not very good.)

The intention behind Quacker is that it’s a sizeable enough codebase that interesting things can be demonstrated by changing things around, but it’s simple enough that you can figure it out and start changing things to fit your needs fairly easily. If you want to show, for example, the difference between code with dependency injection and without, you can probably re-wire part of it in under an hour to demonstrate your point. It’s a bit enterprisey, enough to feel realistic, but not enough that you can’t get anywhere.

It’s been fun writing it, but unfortunately, it’s not as clean as I’d like, even though that was one of the goals. Why? Because of deadlines. Now, I haven’t compromised completely—pretty much everything is fully tested—but I have had to actually start working on the presentation rather than just hacking on a random toy project.

Now the presentation is finally coming together, and I feel pretty good about the result. I hope it goes well on Friday (and if not, you’ll be able to laugh at the recording later). My fingers are well and truly crossed.